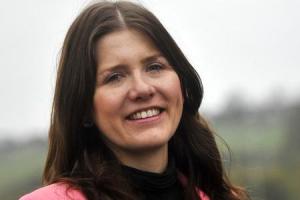 Michelle Donelan MP for Chippenham opened the meeting by outlining the agenda and introducing the attending MPs and peers to the assembled patient group representatives. She said that the APPG intends to hold its own enquiry, explaining that such enquiries are key lobbying tools and have been used very effectively by other APPGs in the past. They enable the members of the APPG to interview key members of parliament, decision-makers and experts. She also told the meeting that she had met Health Secretary Jeremy Hunt, and that the APPG for Lyme disease has his full support; to have such support from the outset is a significant advantage.

Ms. Donelan also explained briefly how the APPG’s enquiry would work. The group would be open to suggestions from patient groups regarding which experts to interview and issues to consider, but the enquiry would be conducted by the members of the APPG.

Finally, Ms. Donelan explained that the APPG was expected to run with little funding and that a crowdfunding page would be set up online to accept donations from the general public, with the stipulation that donations could only be accepted from declared sources.

Simon Hoare MP (co-chair of the APPG) then spoke. He reiterated that fact that Health Secretary Jeremy Hunt MP had called Michelle Donelan and himself, to ask what they saw as the key issues around Lyme disease. Mr. Hoare stressed that the APPG already has the ear of the Department of Health (DH) and that the DH is not “pretending that things are currently right”, but acknowledges that there are problems which need to be addressed. 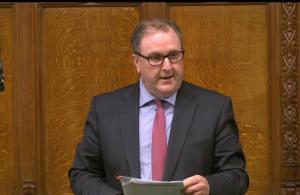 Mr. Hoare then characterised the current situation amongst UK Lyme disease patient groups by making reference to the comedy film The Life of Brian, in which there are innumerable factions each advocating on broadly similar issues yet bitterly divided over finer details. He commented that the fragmentation is understandable but he stated, most emphatically, that we are only going to make progress if we focus on the important objectives and all “start to sing from the same hymn sheet and to the same tune”.

He then issued a serious warning: if the Department of Health finds that taking any steps at the request of half the patients will result in a bitter backlash of objections from the other half, they may “file Lyme disease as too difficult to deal with” and simply do nothing at all. He stressed that the APPG itself wants to get results, not “become the UN trying to broker peace between the factions”.

The floor was then opened for the two representatives of each of the patient groups in attendance to speak for five minutes, in the following order:

The APPG will issue the official account of each group’s presentation in due course. Below is the presentation made by the Chief Executive of Caudwell LymeCo Charity, Veronica Hughes.

“I work for Caudwell LymeCo Charity, which aims to help prevent Lyme disease and to improve the lives of people who suffer from Lyme disease. The charity raises money for Lyme disease research, and educates the public.

I also wish to disclose that I am a member of the currently running NICE Guidelines committee for Lyme disease. This means I can make factual statements about the Draft guideline, which has been in the public domain since September 2017, but I cannot express any opinion on this draft, or the guideline in development, or reveal what has been discussed in committee meetings.

I would like to thank all the MPs who have joined the APPG for generously giving their time to support this group. The charity requests that your group kindly considers working to further the following four objectives:

Firstly, please campaign for a research budget from the Department of Health, to fund the Lyme disease research which was recommended in the Draft NICE guidelines, and supported in general terms by the DH’s own independent enquiry. My own estimate is that the research recommended in these guidelines could feasibly be done for around £10 million. The audit of research for preparation of the NICE guideline exposed a lack of unbiased and precisely-reported evidence on Lyme disease treatment, diagnostic tests, epidemiology and even on the clinical presentation. Many patients have expressed disappointment at the lack of specific advice in the Draft NICE guideline regarding, for example, how to help patients with ongoing symptoms after the recommended treatment. The guideline can only be updated if appropriate evidence is produced to inform it.

Secondly, please seek funding and approval to create several Centres of Excellence in existing NHS hospitals, to serve as tertiary referral centres for Lyme disease patients. Currently, Lyme disease patients are either treated by their GP or referred to a local consultant (neurologist/infectious diseases/rheumatologist or other) and this doctor may only have treated a few or even no Lyme disease patients before. If he feels he lacks specific knowledge or experience, there is currently nothing he can do. For other conditions there are tertiary referral centres where people with rare conditions are referred from other hospitals, and the doctors there build up hands-on experience, as well as taking a focused interest in published research. Such centres would be obvious foci for clinical research.

Thirdly, please research and design a public information campaign. Overt government ratification would help the public distinguish between evidence-based reliable advice and the misleading and sometimes dangerous advice which currently abounds online and in the press. Please also support the work of NICE and other medical bodies providing up-to-date information to medical professionals on the NICE guidelines, including the “known unknowns” which they should bear in mind.

Finally, please make sure the APPG enquiry studies the welfare system to understand exactly why patients with severe chronic symptoms after catching Lyme disease are sometimes refused financial benefits or other forms of state-funded help. Please make appropriate recommendations based on the findings, possibly including alterations to the methods of assessment. Please also speak to suitable experts in order to formulate official recommendations for schools on how to support children with long-term Lyme disease symptoms. Please seek to clarify with OFSTED why its school rating system encourages schools to penalise children for absences because of ill health. Please make recommendations on how the system should be refined to distinguish between problems of truancy and of ill health, and to handle each appropriately.”

The charity also gave the APPG a written document containing information which supported these key requests:

We use cookies on our website to give you the most relevant experience by remembering your preferences and repeat visits. They may also be used to inform our analytics and marketing activity. By clicking “Accept”, you consent to the use of ALL the cookies.
Cookie settingsACCEPT
Manage consent

This website uses cookies to improve your experience while you navigate through the website. Out of these, the cookies that are categorized as necessary are stored on your browser as they are essential for the working of basic functionalities of the website. We also use third-party cookies that help us analyze and understand how you use this website. These cookies will be stored in your browser only with your consent. You also have the option to opt-out of these cookies. But opting out of some of these cookies may affect your browsing experience.
Necessary Always Enabled

Any cookies that may not be particularly necessary for the website to function and is used specifically to collect user personal data via analytics, ads, other embedded contents are termed as non-necessary cookies. It is mandatory to procure user consent prior to running these cookies on your website.